Mother Earth Artists presents the new music video with music from the 13-tracks full length album "The Lost Memorial of the 1900s…" with Armand Gutheim & The Feel Harmonic Rockestra released on December 15, 2018. This video was made to commemorate the 80th anniversary of the outbreak of WW2.

In 1939 the humanity's biggest disaster so far waited outside the door. On September 1st the 2nd World War broke out with the German invasion of Poland, and nobody could dream of the evil and horror it would bring. This video reflects the naive hypocrisy that existed just prior to the outbreak of war, and despite the fact that the Nazi message had been clear for a long time, everyone chose to do just like the ostriches and put their heads in the ground.


The album is available for streaming and download on all major digital music services. It can also be ordered as a physical CD at www.motherearthartists.com.


You're most welcome to send us an e-mail to info@motherearthartists.com. Please, spread this video in your own network and don't forget to click on every like- and follow-button you encounter if you like it. Thank you so much! Enjoy!... 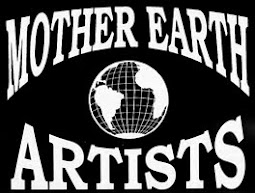